For the first time the Skylimit Race Team started at the 25 Hours Fun Cup at Francorchamps. With Ines Lammens, Kata Bozó, Veerle Bammens, Jo Lammens, Jimmy De Breucker and Davy Suffeleers we did not only choose for a mix of men and women but also a mix of experienced drivers and rookies. Here a report of the race with pictures by Evers Media and fotojohan.be 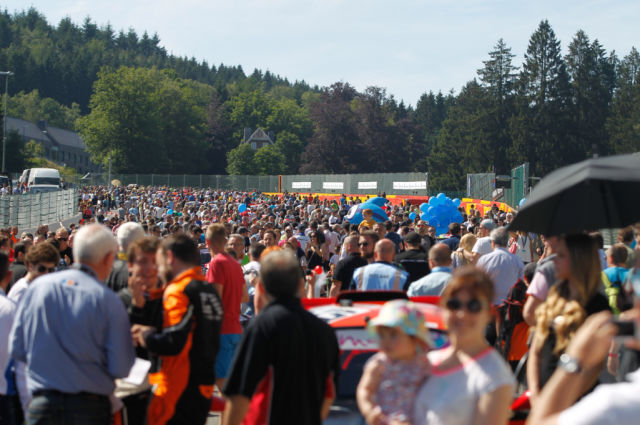 The gridwalk was really crowded. With 124 cars and 550 drivers the event was again at the level of the successful editions in the beginning of the century. 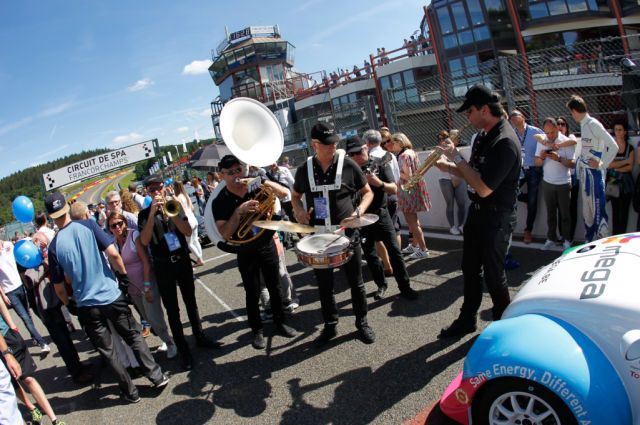 The race was started under a bright sunshine. During the whole weekend the weather stayed great with even up to 30 degrees on Sunday. 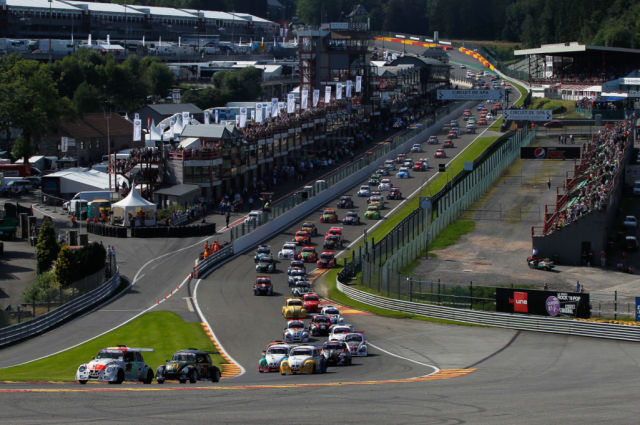 At 17:00 the 124 VWs started. It took some time before all the cars passed the green light! 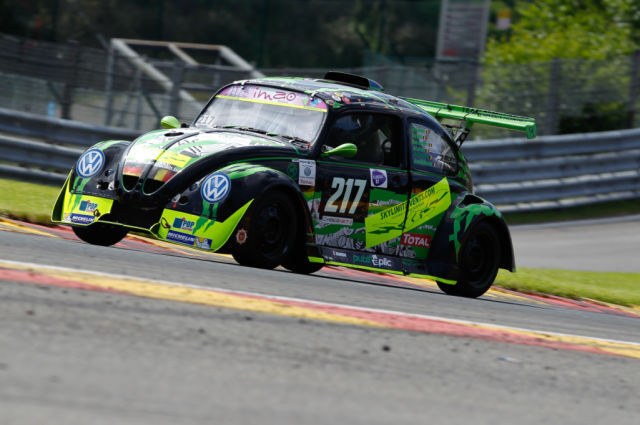 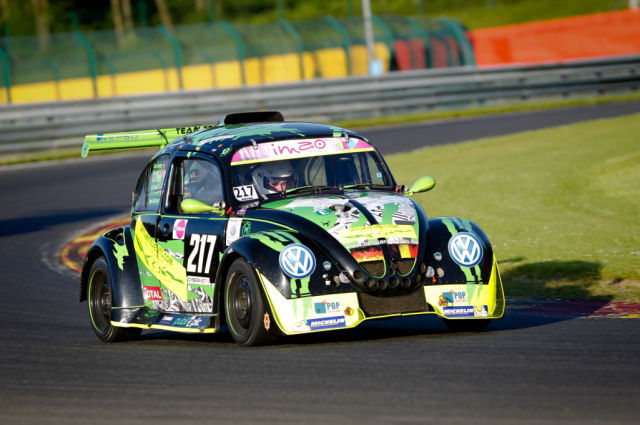 16 year old Ines Lammens drove the second stint. It was already her third race after a BGDC and a BELCAR race earlier this year. 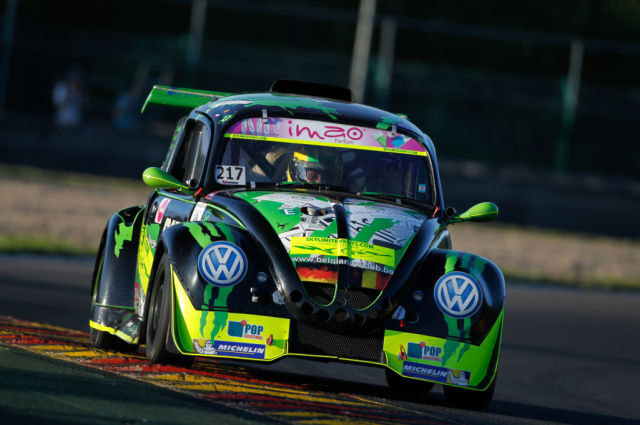 Third stint was for Katalin Krisztina "Kata" Bozó. This 19 year old Hungarian driver, who moved to Belgium to work for Skylimit Events, made her motorsport debut during this race. 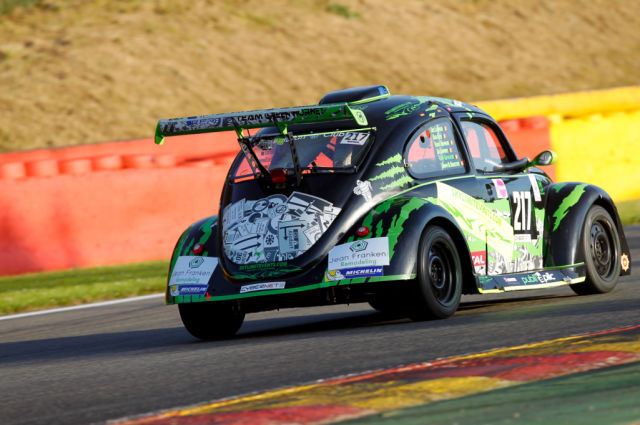 Veerle Bammens, who could join the team thanks to Jean Franken Remodeling, drove the first stint in the dark. It was het third day/night race after 2 times the 24 Hours of Zolder with A Mazda and a Lotus. 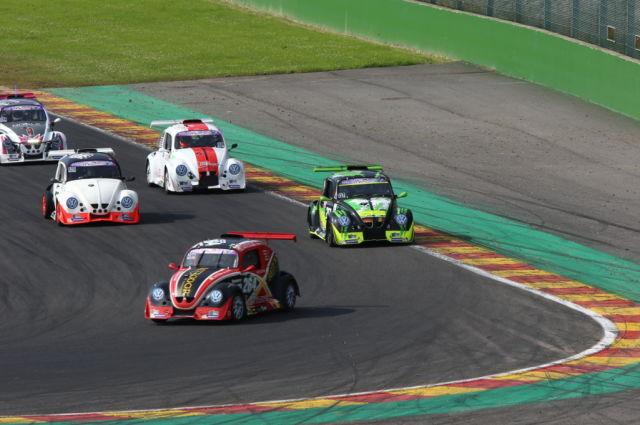 Jo Lammens and Davy Suffeleers, 2 full time members of the Skylimit Race Team, delivered a good stint during the night while Jimmy De Breucker drove back into the daylight. 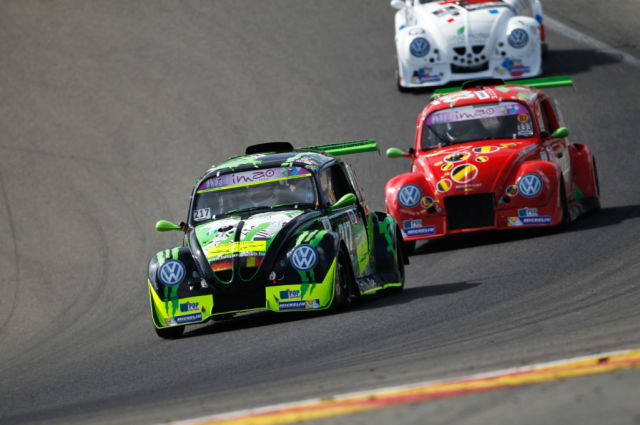 Our car was one of the slowest of the field but our drivers climbed from P122 overall to P71 and from P14 in class to P8. 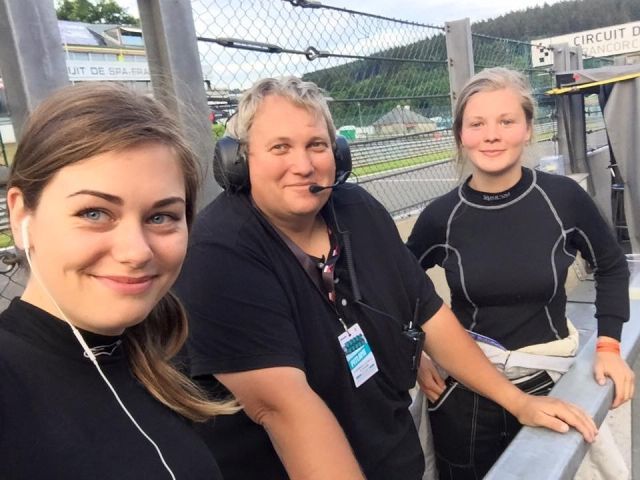 After all drivers finished their second stint without damaging the car, despite many incidents and crashed cars, teamchef Andy Jaenen decided to let our 2 rookies drive the final stints. Normally this honor goes to the most experienced drivers but we were so positive surprised by the mature and smart driving of out 2 young ladies that we gave them the trust to finish this race. 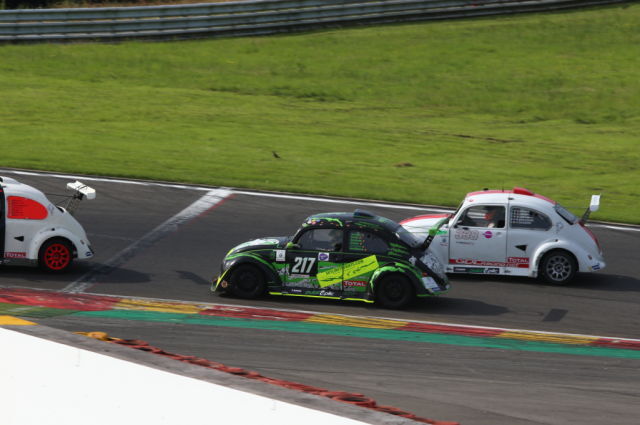 After 25 hours of racing Kata Bozó brought our car to the finish line. Congratulations to our drivers after this nice race.

Like many nice stories have a happy ending, also this story won't stop now. We are racing in the Belcar Endurance Championship with a BMW 325i. In that car the 16 year old Nicolas Hermans got experienced teammates like Jo Lammens and Markus Palttala. For the 24 Hours of Zolder we will add Ines Lammens and Kata Bozó to this line-up if we can find a small budget. Are you interested in supporting the by far youngest line-up of the 24 Hours of Zolder (2  16 year old drivers and a 19 year old) you can contact us via www.skylimitevents.com

See you in Zolder!

Best wishes for 2021. Let's hope that we can often meet at the racetracks this year

Restart after the second lockdown : These are the rules!

Thanks to consultation between the Circuit Zolder direction and the mayor of Heusden-Zolder we can restart our activities at Circuit Zolder. There are...

Belgian corona rules made us cancel our November events

Our planned events in November are cancelled. We expect soon news about out December dates. If they can go ahead or if we have to move them to a date...